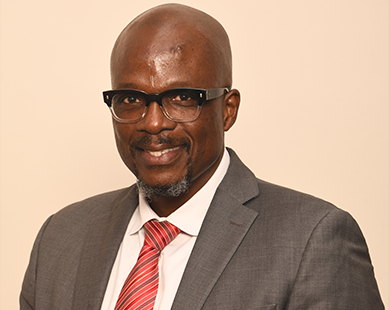 Commissioner for the Small Claims Court

Mfana Gwala holds a Baccalaureus Procurationis (B.Proc.) degree from the University of South Africa. An admitted attorney with the right of appearance in the High Court of South Africa. He has practised as an attorney since 2010, firstly, for his account and currently as a Partner in Dentons South Africa. Dentons is a polycentric, and largest global law firm with more than 10 000 lawyers, with a presence in 167 locations in 73 countries across the globe. A firm of attorneys focusing on litigation, advisory, alternative dispute resolution, and drafting, corporate and commercial, capital markets. Gwala is a Partner in Dentons based in the Sandton office of the firm. He has a strong background in litigation and conflict management particularly in the field of public sector law, employment and labour and law.

He has advised clients such as various organs of state and private companies and litigated on behalf of various organs of state such as government departments, state-owned enterprises, municipalities, and others. He has also litigated at the CCMA, Bargaining Council, Labour Court, various divisions of the High Court, including the Supreme Court of Appeal, and the Constitutional Court.

Gwala is a member of the Executive Committee and Council of the Law Society of South Africa. He is a Member of the Ministerial Advisory Committee for the appointment of Sheriffs (current), a committee advising the minister of justice. The National Executive Committee of the National Association of Democratic Lawyers. Gwala is a Commissioner for the Small Claims Court since 2016 to date.

We use cookies on our website to give you the most relevant experience by remembering your preferences and repeat visits. By clicking “Accept All”, you consent to the use of ALL the cookies. However, you may visit "Cookie Settings" to provide a controlled consent.
Cookie SettingsAccept All
Manage consent

This website uses cookies to improve your experience while you navigate through the website. Out of these, the cookies that are categorized as necessary are stored on your browser as they are essential for the working of basic functionalities of the website. We also use third-party cookies that help us analyze and understand how you use this website. These cookies will be stored in your browser only with your consent. You also have the option to opt-out of these cookies. But opting out of some of these cookies may affect your browsing experience.
Necessary Always Enabled
Necessary cookies are absolutely essential for the website to function properly. These cookies ensure basic functionalities and security features of the website, anonymously.
Functional
Functional cookies help to perform certain functionalities like sharing the content of the website on social media platforms, collect feedbacks, and other third-party features.
Performance
Performance cookies are used to understand and analyze the key performance indexes of the website which helps in delivering a better user experience for the visitors.
Analytics
Analytical cookies are used to understand how visitors interact with the website. These cookies help provide information on metrics the number of visitors, bounce rate, traffic source, etc.
Advertisement
Advertisement cookies are used to provide visitors with relevant ads and marketing campaigns. These cookies track visitors across websites and collect information to provide customized ads.
Others
Other uncategorized cookies are those that are being analyzed and have not been classified into a category as yet.
SAVE & ACCEPT

Please fill in the form to register for the event